This article details the compilation and write of program to display text on a 4x20 HD44790 LCD using a AT90S2313 microcontroller.

For this guide, you will need all the parts used in the avr_blink_program as well as:

The AT90S2313 MCU and Olimex AVR-P20 development board are now well deprecated. But it's what I have, and with portable code, switching to different hardware should be as simple as changing a header file. This board requires 9 - 12VDC, so the -5V and +5V rails of the power supply were used (see power_supply_breakout).

First, the original avr_blink_program was recreated with a few updates. First, as udev is no longer used by default in Linux, a guide was followed to install it. After this, I again seemed to have trouble getting the programmer to appear in the devices. For future reference, this fixed the problem:

Then, the blink program was updated to (hopefully) make it more portable. From the experience in writing portable code (see pic_compiler_comparison), the approach taken was to compare the pic_blink_program and avr_blink_program and try to come up with a common program that could be used for both. This was done by removing differences and putting them in a header file, which can then be changed depending on the hardware. It acts like an "abstraction layer" between the code and the hardware. The main blink program is listed.

Not only is this simpler to maintain, it is largely self-documenting. This approach will be maintained moving forward.

Key to this program is the "olimex_avr-p20.h" file:

The makefile used is also listed.

After that came the process of soldering up the perfboard so the LCD could be attached (see Figure 1a). 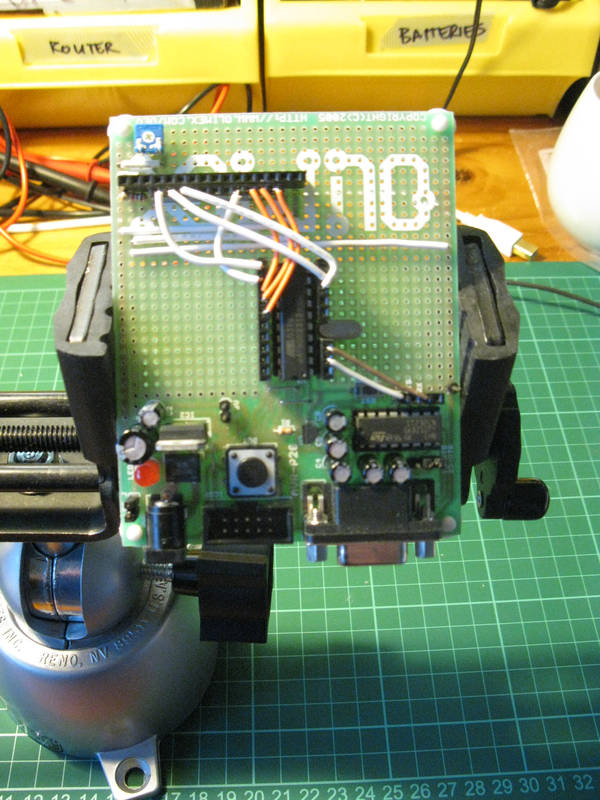 Figure 1a: Olimex AVR-P20 board ready for the LCD. 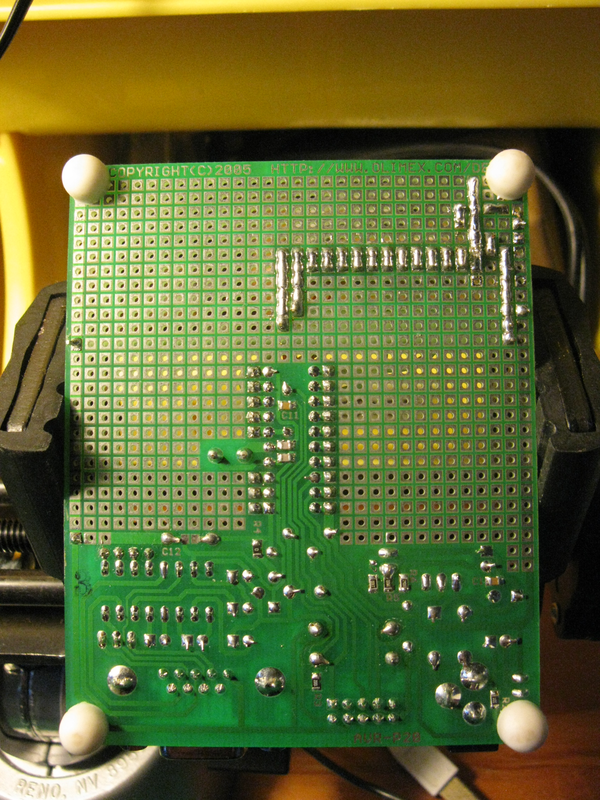 Figure 1b: First attempt at traces on perf board.

This was my first time working with perfboard, so it took some time to learn how to make solder traces. The method settled upon was to add a blob of solder to a row of pads, then bridge them one-at-a-time (see Figure 1b). Finally, the trimpot was used as the pull-up resistor of a simple voltage divider to control the LCD brightness.

After attaching the LCD and powering on, a lot of debugging was still needed to get things working. The use of headers and wiring was essential for this. The following tips were helpful during debugging:

and, if all else fails:

Originally, the LCD data bus was wired to PORTB, which, for this dev board, shares pins with the ICSP. Whenever the MCU was programmed, the LCD showed very strange symbols indeed.

After switching this to PORTD, checking the LCD pins with a DMM helped fix another bug, which was the order of pins. Originally, the LCD input pins were connected in reverse order to the MCU pins PB3-PB0. This failed as the program includes commands such as:

The completed project is shown in Figure 2. 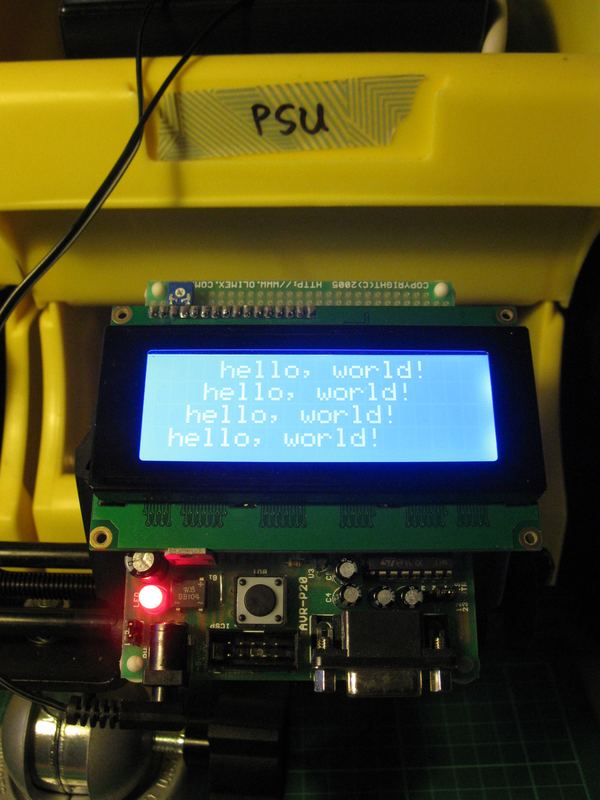 The code can be downloaded (see tar.gz).

This LCD is a 4x20 display. However, line 1 wraps to line 3, and line 2 wraps to line 4. Whatever the underlying reason for this is, it led to some real difficulties in printing on the display. Eventually, the following code was implemented to move the cursor to a specific location:

This was an important step, and ended up taking a few days to implement. From here there are only a few more steps before some really useful projects can be attempted. The next article will be to display text from a PC to the LCD over a serial link.

After a lot of investigation, I eventually figured out how to store strings in flash by using the following library:

This was added to the lcd_driver.o object and compiled to access the relevant functions. For a bit of fun, I programmed a simple "Magic 8-Ball" program.