This article details a first-attempt at a soylent made from whole foods. Soylent (html) is a complete liquid diet created by Rob Rhinehart and his team that provides your recommended dietary intake (RDI) of everything. It has spawned a community of people who create variations on this theme to suit their own tastes and nutritional requirements. The approach taken here was to get close to the daily requirements of an adult male using whole foods, then adjust quantities to get something that also tasted reasonable. While Rob has been eating soylent almost exclusively, it's probably best to consider this recipe as a nutritious snack.

Inspiration was taken from another whole-food soylent recipe (html) which would be sufficient except that I can't drink milk. The nutritional data used in this recipe was taken from both labels and USDA data, with comparisons and substitutions from (html). The recipe is only going to be as good as the data, no matter what it is.

A Python program (py) was written to take a list of ingredients and return their combined nutritional content. A minimizing function was then used to optimize the list of ingredients. Specifically, it minimized the standard deviation of the nutritional content, using the RDI as the mean. A lot of experimentation was also required, keeping in mind ingredients had to be in reasonable proportions. The optimizer would often choose to put in far too many sunflower seeds, for example, instead of using a blend of nuts. It was also a little dificult when the nutritional data does not include things like chromium.

One list of ingredients that roughly met the requirements was:

So, this list is a starting point, but it isn't a recipe (yet). The next step was to figure out how to cook it. It looked close to a muffin recipe, so that's the approach that was taken. In retrospect, it would also work as a kind of granola bar, pressed into a flat baking tray, roasted then cut up into slices. The ingredients were modified a little and converted into useful units. For this attempt, the mass of each ingredient was tripled. Without further ado:

Note well: these quantities require a blender that can hold at least 8 cups.

mixed together in a bowl

mixed together in a bowl

allowed to soak in a bowl 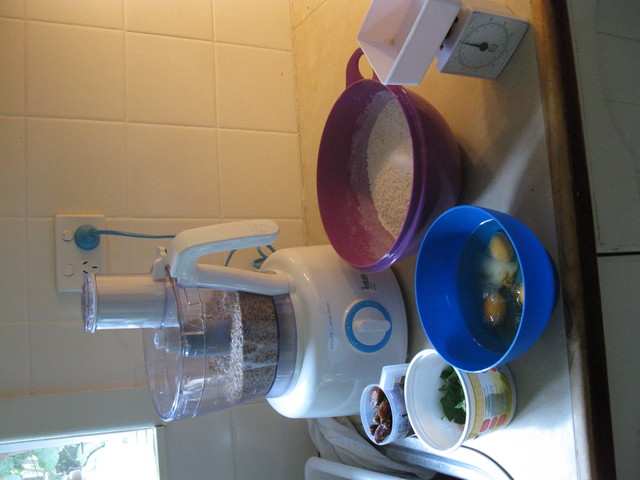 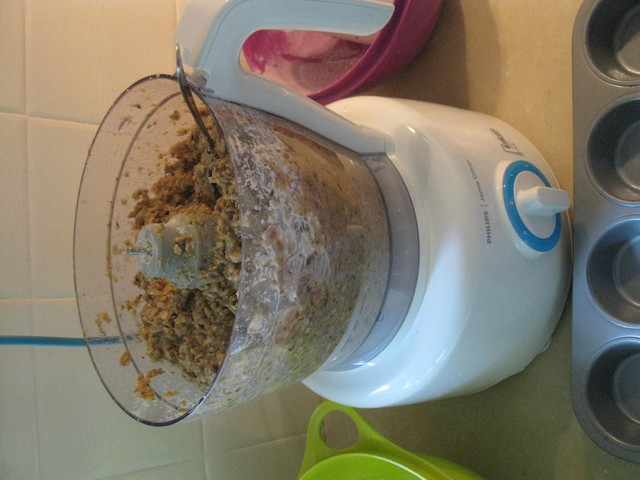 If you live in a sunny spot, 10-15mins outside should provide enough Vitamin D, or you could take a tablet. Vitamin C powder can be substituted with Camu Camu powder, but it's more expensive. Spearmint was added since herbs are the only practical source of vitamin K. The amount can be reduced, but 30g was barely perceptable after cooking.

Buying most ingredients from the supermarket, a day's worth of this soylent costs about $5.80. 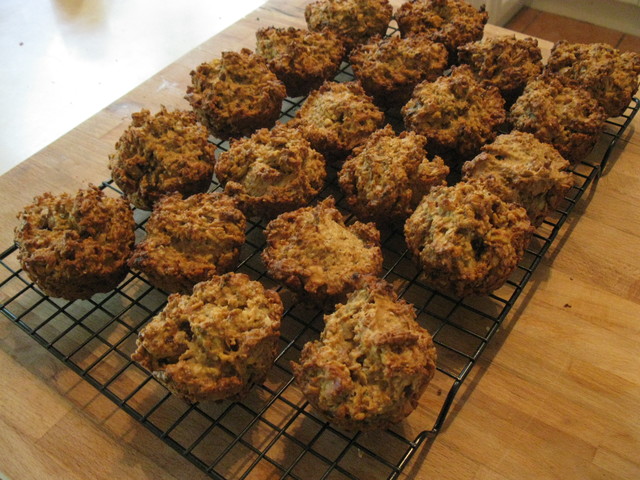 Nothing burned and I'm happy with the taste. It's halfway between a muffin and a nut bar. Very rich but not oily. Slightly sweet. Not gritty despite the eggshell.

Two of these muffins would equivalent to a soylent "meal" which, thankfully, is quite tasty. They also go amazingly well with coffee. 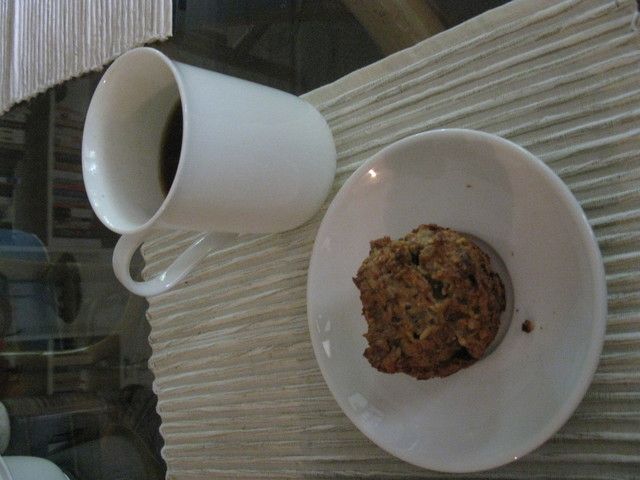 A python script was written to make the recipe (py). If you feel like making your own, here are some general guidelines:

What was nice about making soylent was getting a feel for just how much of various foods you're supposed to eat in a day - a handful of nuts, a handful of dates, half a cup of flour and so on. Also it gave a sense of completeness to the idea of diet that I've never found anywhere else: here, finally was the possibility of creating a food with everything (or almost everything) the body needs.

Some changes to the recipe:

The blender becomes too full to properly mix in the ingredients. After blending the wet ingredients, remove them from the blender and mix the dry ingredients by hand.

After a bit of practice, the recipe takes about 1.5hrs to make.